We practiced correct formation and brainstormed words that have a C sound:

The children then wrote the letter C in their books. Some children practiced sounding out words and sentences. Children also drew pictures of things beginning with C.

Callie – Thank you for my family and friends Amen

Oliver – Thank you for the people and the teachers Amen

We worked on our subitising as a group! dots quickly flashed up on the screen and we held up how many dots we saw using our fingers. It can be tricky but also so much fun!

5 little ducks – acting it out.

Mikayla, Alana and Darina enjoyed writing letters to each other, we could see them using strategies such as sounding out in their play.

Oliver, Sahib, Charlee and Harper were using blocks and other props to create a zoo and homes for the puppies.

Naomi, Natalie and Hannah used the storytable to re-tell the story of Brown bear.

Conner was creative with the boxed constructions and spent the whole time making a chocolate machine “you put chocolate and candy in here, its the pot, it goes through and then makes a chocolate”

Enrique made a person

Chloe made a rocket ship

Richard made a triceratops

Mithra made a home for the cheetah

Alexandros made a zombie train

We played a quick game before lunch that focused on our high frequency words.

Who Am I? introduces young readers to both native animals and the concept of Indigenous language – in this case the Kaurna language, from South Australia.

Learn the Kaurna words for animals such as parrot, wombat, kangaroo, cockatoo and echidna and discover a simple fact about each animal. The text runs in both English and Kaurna, and there is a simple pronunciation chart included. 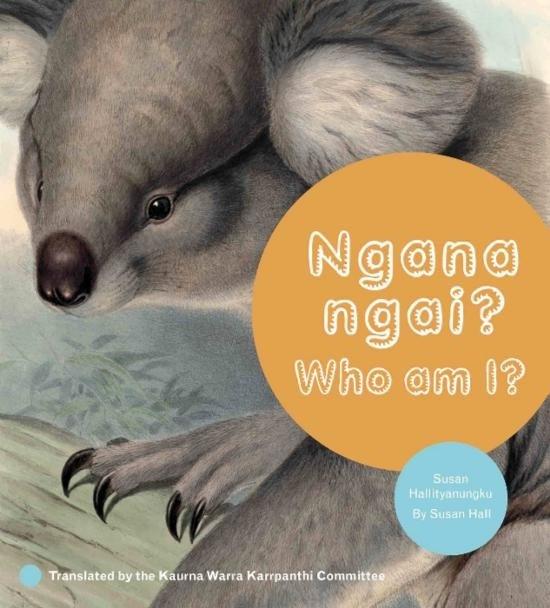 This is our first lesson this year about Indigenous Australian’s. Throughout both the EYLF and Australian Curriculum there is links to Indigenous culture and learning. All Australian Curriculum learning areas can contribute to the Aboriginal and Torres Strait Islander Histories and Cultures cross-curriculum priority. This knowledge and understanding enriches all students’ ability to participate positively in the ongoing development of Australia.

We started our conversation

Who does the Kaurna language belong to

We looked at maps of Australia and different pictures to continue our discussion.

Richard – They are indigenous Australians…they were here first

Harper – they were the first persons in this land

We finished off the day on the oval playing some group games such as duck duck goose and fruit salad. lots of laughs, lots of running.

Thank you for a great day! See you tomorrow morning, remember it is assembly tomorrow and it starts at 9am.